Grammar-nazis, be alert! This post is for you! We have a sheer nick inside us to correct others. We talk about proper English in its correct syntax and debate on its usage, but are we aware of the correct forms that we use in our day-to-day life? Given below is the list of the top 15 misspelt English words.

This word fools almost everybody with its twin. Even while talking, people unwittingly oscillate between advise and advice. Advice is the noun form for a suggestion, whereas advise is the verb form of giving guidance.

Our archenemy! It has destroyed the meaning of a sentence. Confusion is the effect of this, and it affects so drastically that we find ourselves drowning into more confusion.

The principle behind the theorem and the principal of your college are two different things. How difficult is it to understand this reference? As difficult to understand its sound because it has the same pronunciation.

There is no such word as “acquaintance”, but while writing in a paper, we make one. Be aware to check it again. An acquaintance is someone whom you know not very closely. You identify them but they are not close to you.

Every time I opened the Physics textbook, this dilemma had me crawling my nerves out. The placing of the vowels misplaces your understanding inadvertently. To the physics lovers, I am sure you will not find this a problem anymore, but to us, the spelling is still confusing. Gauge is the correct word.

I am not talking about Christian Grey here. I am talking about color. Colors are the favorite aesthetic parameters in our lives, yet it tussles with the mind because of its spelling. Grey is used officially in UK English, whereas Gray is a common term in US English.

People mistake this word so many times while writing hastily. It might be due to our inveterate habit of writing the word sense, which tumbles us while writing absence.

The double M theory contrives confusion, which every person goes through. It is large enough to accommodate two Cs and two Ms. It is better to check if there are Cs and Ms written.

If I get a dollar every time I wrote this word incorrectly, I will be a millionaire. There is no “ai”, but there is an “e”. We often forget this, and thanks to its phonological attributes, we write the wrong one.

Both the spellings are correct. It depends on which English style you are using – American or Britain. Misspelled is an American English term, whereas misspelt is used in British English.

All greek mythology stories are filled with prophecies in which a greek hero has to fulfil it. We came across this word many times, yet we are confused when we are told to write this word. Prophecy is used as a noun, whereas prophesy is valid as a verb.

What is wrong with ‘H’? And why is it so difficult to remember it? No one has an answer. We have been battling it since it was introduced to us. Its phonology still confuses while writing the word.

This extra L adds extra tension and plays with the mind. Another example of the same dilemma is – fulfil/fulfill, except fulfil is common in UK and fulfill in America.

It is weird when people mistake the spelling for wierd. The game between i and e is so intense that it confuses a lot many. Even after practising for a hundred times, this word is a tough competitor.

We come across many grammar myths, click here to know. 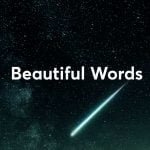