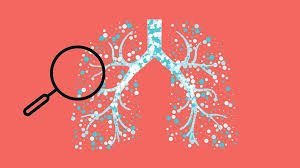 With rapid industrialization and climate change come to both banes and boons, one of them being respiratory problems. Asthma is a respiratory disease that is identified or diagnosed after witnessing symptoms such as difficulty in breathing, causing cough and wheezing. This happens because the airways get narrower and start to secrete a gummy substance called mucus. Mucus is responsible for causing inflammation, which complicates the medical situation. The asthmatic response can be triggered by a variety of substances like pollens, animal dander, and many environmental agents. If not taken care properly, the condition may worsen and may even be fatal.

Surveys conducted over the last decade suggest that there have been approximately 300 million individuals patients suffering from it worldwide. The fact itself explains how critical the situation is nowadays!

Anyone can become an asthmatic patient. The risk of developing asthma is higher if you have a parent suffering from asthma.

One of the key symptoms of this chronic medical ailment is wheezing, which upon severity causes breathing problems and upon ignorance, it may last you to the ventilator stage.

Considering the worldwide social surveys, African Americans are most susceptible to this respiratory complication, which upon ignorance will ultimately deteriorate the individual’s health.

It can be said that patients, when diagnosed with it, tend to take proper care of themselves and thus only 10% of asthmatic patients develop severe asthma which is roughly 1-2% of the worldwide population.

In certain cases, the asthmatic deaths were assumed to be cardiac arrest but they actually were a result of Ischemia or hypoxia conditions.

One should be very careful after being diagnosed with asthma. Bedding should be washed frequently with hot water so that sudden or episodic allergic responses are prevented, especially during the sleep hours.

One should wear masks and gloves while cleaning, vacuuming, or painting to limit the exposure to dust and other environmental chemicals or allergens.

Being an asthmatic patient, one should strictly avoid eggs, cow’s milk, peanuts, fish and tree nuts. Healthy eating habits must be maintained.

Dieticians recommend yoghurt which is an excellent probiotic source and is known to reduce or treat asthma or sundry symptoms related to it.

One banana a day is known to reduce the asthmatic symptoms as it is rich in potassium, fibre, lowering blood pressure, and reducing the risk of other disorders like cancer prevalence.

During pregnancy, the situation complicates a bit and one should be very careful with the medicine that you are taking. You should avoid certain medicines like bismuth subsalicylate, Phenylephrine or pseudoephedrine, pain medicines like aspirin and ibuprofen and cough and cold medicines that contain guaifenesin as they are contraindicated, i.e. avoided during pregnancy because of certain unwanted side effects.

Anti-asthmatic medicines that are usually recommended during pregnancies are Acetaminophen, Penicillins and other antibiotics as they are comparatively safer medications.

Some of the prescription medicines that increase the chances of birth defects are Isotretinoin, Methotrexate, Warfarin, Benazepril, and Lisinopril. These medicines are considered teratogenic, i.e. they can cause harm to the developing baby.

Here are the top 15 essential facts on asthma which one should be aware of, especially when you are a caregiver of the patients, suffering from this medical complication!

Believer of the fact that Simplicity is the ultimate sophistication. Plain and Simple, I love to write. Content writer living and working in Ghaziabad. I am passionate about creating quality contents with which you can connect. Contents that work. 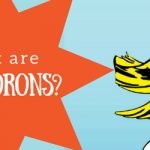 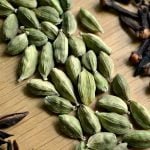