Punishments are as important for civilization as food, as the fear of it keeps every person in the limits of the law. In recent years, the idea of hanging as severe punishment has become prevalent, which in comparison to the punishments that prevailed in ancient civilizations looks like child’s play.

This method was followed by the Persians in 500 BC. The condemned would be tied to a boat and force-fed milk and honey for so long that they get smeared with milk and honey, their vomit and even their faeces. Bugs and ants, attracted to the sweetness, bite and sting the victim. They may lay eggs on the victim, eating him from inside out. Death may come for him after as many as 17 days.

This method is ancient as 900 BC. The victim is skinned alive and dies of blood loss and shock. Though, sometimes, the victim doesn’t die and has to live in the agony of open wounds for days before he dies of infection.

Pretty simple of an idea, and horrific as well. This method involves rats, either hungry or infected, in a bucket that is placed above the exposed stomach of the victim. The bucket is then heated. The rats, in fear of the heat, start to escape by ripping through the skin of the victim, slowly eating through his internal organs.

Carried out by Emperor Nero, the victims were lined and tied to stakes and then burned from feet up. He used this as lighting for his parties.

The victim is tied and laid on the ground and an uncontrolled elephant is left to go rampant. The victim is crushed, sometimes multiple times, under the foot of the elephant.

Used in China from the 10th Century, this method involved wounding the victim at different places, agonizing him with the long torture and making the final “cut” as to be beheading or impaling the heart.

A long stake was sharpened at one end and greased, after which it was inserted in the victim through rectum or vagina. The victim would slowly slide down the stake due to his body weight, as it impales his internal organs. This sometimes takes days for the victim to die.

The victim would be put in a large pot like structure with boiling water or oil and burned to death. Some torturous people would even put the victim in cold water and then heat it.

This was done in Rome to the Vestal Virgins if they were to break their oath and become “tainted” by indulging in sexual activities. No one wanted to be responsible for their death so they were buried alive for nature to kill them.

The victim was tied on a wheel and hit by an iron bar, as many times as to inflict the desired amount of pain before the death blow.

The victim was tied by ropes, usually forming a pyramid and then lowered to a sharp tip.

The victim was made to stand in a coffin-like structure that had spikes on the door at the inside of it. When the door was closed, the spikes would impale the victim.

The victim was tied to a chair and wooden boots with spikes were placed on his legs. They were hit by a hammer to drive the spikes deeper, bringing excruciating pain to the victim.

The limbs of the victim were tied by ropes to the rack and then the rack was cranked. This would cause the limbs to be pulled in the opposite direction until the victim was dismembered.

Not an ancient torture, but horrific nonetheless. The condemned is placed in a white cell with lights always on, the food and drinks which are served are white, the guards wear white. The psychological effect is such that the condemned forgets all colours and becomes mentally unstable. 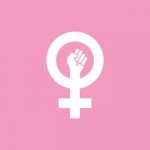 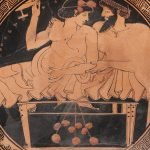