It was mainly meant for warriors who themselves in order to discriminate themselves from the ordinary beings whom the warriors considered as weaklings. It was also believed that the scars that are formed on the warriors are signs of certain spiritual powers which provided them security on the battlefield. Extending an custom, scarification is still in vogue that is people get being in accordance fashion and not atavistic beliefs.

This method is somewhat similar to the previous one. The only discrimination underlies is that unlike the previous method the branding tool is cooled with the help of liquid nitrogen. It also has an advantage that no keloids are created.

This method is also known as self-abuse. This method calls for cutting of skin with a surgical scapel. The ink remains after the healing of the wound and the scarred design becomes more conspicuous.

In this method of branding a thermal cautery tool is used with a heated wire at the tipin order to create the burns which will be leveraging into scars.

This method is also known as electrosurgical branding. An electrosurgical unit is used to cut and cauterise the skin. Sparks that released get incorporated in the skin resulting in the creation scars. The vapourisation of skin takes place in such a way that the surrounding skin is not harmed.

Well,this technique is extra painful as areas of skin are sliced off in such way that they culminate into designs. An experienced artist or a professional is recommended for this technique of scarification otherwise it can prove detrimental for the skin.

A diagonal cut is made and then is packed with clay or ash in order to produce the scars which are deep-delved. This method has an emotional significance too as this method is more popular in Africa and people there prefer to ashes of the deceased who were their closed and loved ones.

A surgical scapel is put to use to cut the skin. This technique is similar to sketching. A large area can be designed and shades can also be applied.

In this type of scarification, the layers of the skin peeled off to form scars. Mostly, sandpapers are used in this technique.

Usage of corrosive chemicals to remove the skin and form the designs through scarring. Designs in this particular method might not be prominent enough.

In this technique , a thermos cautery unit is heated up to two-thousand degrees Fahrenheit. This creates a quick burn to the extremes. The advantage of this method is that the designs are more detailed and curves are also prominent.
In this technique , electric is made to pass through the person’s skin which burns the skin and the scars are produced .

This method involves burning the skin until it extinguishes the flesh and only then scars are formed.

This method of scarification or modificatyion of the body is along the same lines with the method of cutting. The only difference is that the cuts are done with a tool which resembles the alphabet “v” which is burnt and is kept attached to the skin for few minutes which gives the body a scar.

This kind of body-modification is done in the spine. Apart from being painful it also carries high risks of infection of the skin.

Stretching of lips is in vogue even in the urban areas. It, though looks painful but is safe if put in comparison with the other methods of body modifications i.e. it runs lower risks of skin infection.

By now , we all have formed a fine idea about scarification. The main nature of it that has been etched in our minds is that scarification causes extreme pain in the human body as it is known to all of us that skin is the most sensitive part of our body. Even the bite of an ant is not tolerable to us. So this raises a question in our mind that if scarification is so painful then why do people, even if the number is few, go through such a painful process.

Now to make the psychological point more clear, the people who undergo scarification believe that if they endure the extremes forms of pain such as this method of scarring then handling the daily rigours of life gets easier. Scarification is also considered a taboo by many. People who consider this a taboo are not very wrong as the methods that scarification involves are nothing less than the tortures that used to take place during medieval times. 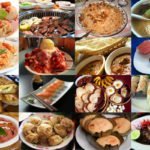