Bollywood is one of the largest industries in India. Everyday many people dream to be a part of this wonderful family. However, with time Bollywood has been uncertainly bifurcated into two classes – Outsiders and Star Kids. On one hand, star kids are easily subjected to opportunities for becoming actors/actresses. Whereas on the other hand, we still have people who have reached the heights of success with the help of their precious talent only. So, here is the list of top 15 outsiders who ruled over the Bollywood with their art.

Irrfan Khan is one such actor who has mastered the art of acting from every inch. He made his debut in Bollywood from the film Haasil. After years of struggle and hard work, Khan attained the deserving limelight in the last years of his acting career. His attributes of acting covered all the genres of acting which led him to Hollywood too. But he is mostly praised for movies like The Lunchbox, Hindi Medium, Piku, etc.

People who rise from scratch have the finest talent and so does Manoj Bajpayee have. The man has literally invested all his blood and sweat to gain the esteemed perfection of talent. He may not be visible in the sugarcoated commercial films. But he is known for his peculiar work in art cinema. Some of the best works of the actor include Gangs of Wasseypur, Gangs of Wasseypur-2, Aligarh, Special 26, Family Man, etc.

Vidya Balan is the most considerable actress when it comes to experimenting. It is evitable from her art pieces such as The Dirty Picture, Kahaani, Kahaani 2, Begum Jaan, etc. However, it is surprising to know that the actress began her career as a TV actor. From Bengali to South Indian cinema, the actress had worked with utmost dedication and hence deserve the present respect in Bollywood.

Sushant Singh Rajput was an extremely talented artist full of knowledge and aspirations. Despite having a good academic background, the actor chose to pursue acting as a career. During the initial stages of his acting, he struggled and managed to air on TV via a show Pavitra Rishta. This gave him enough experience and fame to get ready for Bollywood. The actor made his debut from Kai Po Che which earned significant praise from both audience and critics. Some of Sushant’s best performances include biopic MS Dhoni: The untold story, Chhichhore, Kedarnath, Sonchiraiya, Dil Bechara, etc.

Rajkummar Rao is one of the precious gems of Bollywood. His performances leave the audience in awe. From theatre to art and commercial films, the actor had come through a long way. Rajkummar made his debut from Love Sex Aur Dhoka. After some more years of art polishing, the actor got the film Citylights which gave him actual limelight. From then till now, Rao has received three Filmfare and one national award for his marvelous acting performance.

The gorgeous lady who had won the title of Miss world 2000 was expected to make a mark in Bollywood. She made her debut in Bollywood from the film named The Hero: Love Story of a Spy. The actress worked in many films and has received many awards too including Padma Shri. Her excessive talent and charm were appreciated in Hollywood also. The Bollywood had praised her for films like Barfi, The sky is pink, Aitraaz, Mary Kom, etc.

When multiple kinds of talents are mixed with dedicated hard work, Ayushmaan Khurana is formed. Ayushmaan started his career as a radio jockey and then went on to be an actor and singer. He has unknowingly set his unique genre of films. People are always excited to watch his films that shed light on social issues in an interesting and fun manner.

A national-level badminton player left her sports career to follow another passion. Deepika Padukone is one of the highest-paid actresses of Bollywood. She is very much indulged in endorsing social awareness. She has received a total of three Filmfare awards for her spectacular performance. Some of Deepika’s best films include Aarakshan, Piku, Bajorao Mastani, Padmavat, Chhapaak, etc.

From being a watchman to an ultimately praised actor, Nawaz has gone through many tough times. His thirst for acting and performing developed when he was doing theaters and TV. Despite several efforts, the actor managed to get small and unnoticeable space only. But, his dedication and years of hard work led him to reach the new heights. He is now counted amongst the rare gems of Bollywood.

Shahrukh Khan is known as the ultimate Badshah of Bollywood. A regular Delhiite who worked in TV shows did never thought of such extreme success. His career in Bollywood began as a villain. But later on, he was typecasted in the mold of a typical romantic hero. The actor has won a total of 8 Filmfare awards for his exceptional performance.

From Tollywood to Bollywood, the actress has given all her sweat and blood to reach such heights fo success. Taapsee has done many revolutionary films that aim in the development of thought processes. She is popular for her brave and off-limits role. Some of her best works include Pink, Naam Shabana, Thappad, etc.

The most disciplined and fittest actor of Bollywood is the Khiladi of Bollywood i.e. Akshay Kumar. The actor has served Bollywood from the old ’90s to the modern 20th-century cinema. He is an expert in all attributes of acting such as comedy, action, negative roles, etc. From patriotic to social issue-based movies, the actor has entertained the audience in the best manner. The must-watch list of Akshay Kumar includes Special 26, Baby, PadMan, Kesari, Mission Mangal, etc.

Kangana is a girl from a small town of Himachal Pradesh who has made a solid name in Bollywood. She collected fame from her women-centric film named Queen. Since then, the actress has made several remarks in the film industries from her great work.

Remember the deadly and heart-wrenching scenes of the movie Sarabjit. The real backbone of that movie was a man full of talent – Randeep Hooda. Hailing from a small town of Haryana, the man has made a remark in Bollywood from his acting skills. This has led the actor to feature opposite Chris Hemsworth in an OTT platform movie Extraction.

Vicky Kaushal stepped into the Bollywood from an interesting art film named Masaan. However, he was not even given a valid appreciation from the industry due to the biased award shows. But, this did not stop the bright talent from reaching the top of Bollywood. After years of hard work, Vicky starred in a critically-acclaimed film Uri-The Surgical Strike. This came out as a victory for the actor as he received National Award for his performance in Uri-The Surgical Strike. 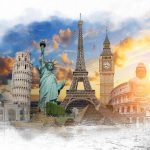 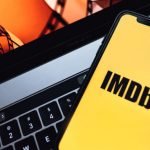