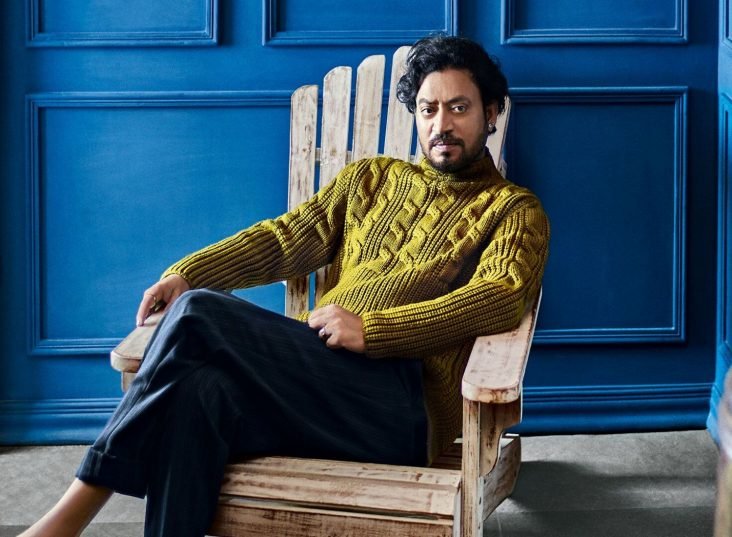 Sahabzade Irfan Ali Khan, famously known by the name Irrfan Khan was one of the best actors in Bollywood. He was known for his mind-blowing acting skills and out of the box performances. We lost our legend on 29th April 2020 but what he left behind for us is something we will adore until the end of time. Here is a list of his extra-ordinary performances that will make you admire him more and more.

The Warrior is a British movie about a warlord’s warrior that is sent to massacre a village but there takes place several twists and turns in his journey which ultimately leads him to the Himalayas in search of peace. The movie was titled as best British film by BAFTA awards. Through this movie, he leaped out of the Bollywood film industry by making his rocking international cinema debut in British director Asif Kapadia’s film ‘The Warrior’. It is Irrfan Khan‘s most memorable performance because this movie introduced him to western audiences and seeing his elegant skills even they welcomed him with open arms.

The film revolves around Maqbool, who is an underworld don’s, right-hand man. He eventually falls in love with his boss’s courtesan, Nimmi, who encourages him to murder the don and become the leader. The movie is an adaptation of Shakespeare’s well-acclaimed play, Macbeth. The movie has been honored by several awards like Filmfare, National awards, etc. Irrfan had an option of going into details in defining Maqbool, but he thought that would seem boring for the audience. So he created his own method. There is something so new and fresh in his performance that it would be accurate to say that Irrfan Khan was born to play this role.

The movie is based on Jhumpa Lahiri’s novel ‘The namesake’. The story is about Ashima and Ashoke, an immigrant Bengali couple, who are trying to try to adjust their lives in America, whereas Gogol, their son, is trying to discover his identity and select between the two worlds. The movie received immense love from people not only from India but also from all around the world. He produced an outstanding performance of empathic brilliance. Irrfan’s charm with Tabu in the film remains one of those on-screen relationships who aren’t given the love and recognition that they surely deserve.

This heartwarming movie is based on the real-life story of an athlete and a soldier who makes his country proud by winning gold medals in National sports games. But later his life instances force him to become a dacoit who ends up murdering people. The movie will without fail, make you question several things happening in our society and its systems. The movie received the best feature film award by national film awards. Irrfan Khan put himself in the shoes of an army soldier and delivered a splendid performance. This performance is one of Irrfan’s finest performances of his career which helped him carve a niche for himself in the movie industry.

The movie portrays the story of nine people who work and live in the city of dreams, Mumbai. Fate somehow intertwines their path and makes them rise above their emotions. The story and screenplay of the movie are praised to date. The movie has an amazing cast but Irrfaan’s performance still manages to steal the show. Metro had a company of cast, with some really big names to brag about. But Irrfan stood his ground and made sure he catches the eye of the audience. His dramatis personae, Monty, emerged as one of the most prevailing ones in the film.

Slumdog Millionaire is guaranteed one of the most successful movies in the movie industry. The story is about a teen coming from the slums of Mumbai who leads his way to become a contestant in the show, KON BANEGA CROREPATI? It is about his journey of revisiting his past to get all the answers. The movie is without a doubt a masterpiece, it managed to grab 5 Academy awards which also includes best feature film. Irrfan successfully managed to make his presence felt as he spared no effort in playing the character of a Police officer.

The movie is about the beautiful journey of an ordinary girl Piku who gets close to her father who is aging as well as nagging. The movie is about how her father fights trivial issues in spite of his rigid ideologies. The movie also stars great actors like Deepika Padukone and Amitabh Bachchan. Despite such an amazing cast, Irrfan khan still manages to make a strong mark. Despite playing a supporting role as a taxi business owner, Irrfan completely seized his role on the big screen with his brilliant timing and scintillating acting skills.

The movie is about Susanna, a woman hungry for love and she will go to any extent to find love in its purest form. In her hunt for the ideal man, she gets married multiple times as each of her husbands mysteriously dies. The movie received a positive response from critics and also received many prestigious awards. The artist Irrfan Khan shows up to fill up some beauty and brutality as a Kashmiri poet-by-day, wife-beater-by-night. He brings so much reality into the character that you will love him once and the next moment you will fear him.

The Lunchbox is a 2013 Indian epistolatory romantic film about how a simple mistake creates a beautiful bond between Illa and Sajan Fernandes. The movie was screened at the 2013 Cannes Film Festival, where it received a respectful standing ovation and great reviews. The movie was one of Irrfaan’s highest-grossing films. Irrfan Khan’s performance not only stole away the show but also proved his acting prowess by displaying sheer brilliance on the movie screens. The Ritesh Batra directorial served as the perfect platform for Irrfan to prove his versatility on the movie screen.

Talvar, worldwide released under the title ‘Guilty’ is the movie based on the controversial double murder case of Arushi Talwar that took place in Noida. The case was one of the trickiest ones since her parents appeared as the main suspects. The movie was awarded by the National Film Awards as well as the Filmfare. Meghna Gulzar demonstrated the never seen before side of Irrfan as an actor as she managed to get him to play the lead in her thriller ‘Talvar’. Irrfan managed to excel and gave the audience a glimpse of a sharp officer as he brought his A-game on display even though he has a limited screenplay.

The movie narrates the story of Raj and Mita, an ordinary couple who dream of sending their daughter to a reputed school. But how their simple dream brings nightmares into their life, will make you question the educational system of our country. The movie excellently portrays the harsh truths of our society humorously, that will make you think and laugh at the same time. The film may have observed a decent run at the box office but it definitely won over the people’s hearts which even lead to the making a sequel ‘Angrezi Medium’ which was released quite recently. Irrfan thoroughly entertained the audience with his quirky role as Raj.

The movie is the spiritual sequel of 2017 hit Hindi Medium. The film tells the story of  Champak, a single father who wishes to fulfill the dreams of her loving daughter. He does all he can to fulfill her daughter’s dreams. The movie will make you laugh, cry, wonder, and fall in love with Irrfan Khan more than you ever did. Angrezi medium was Irrfan’s last piece of work, Irrfan bids farewell to his audience with a big bang! He shot the movie while he was undergoing treatment but that didn’t stop him from delivering an A-class performance. He is perfect in every frame, his dialogue delivery is remarkable, his emotions will make you laugh, cry, smile with him.

The movies revolve around an Intelligence officer Wali Khan and his team of extremely well-trained officers is set to seize Goldman, one of India’s most wanted terrorists. But eventually, their mission is threatened by a small miscalculation. This movie is surely one of India‘s most anticipated films. Irrfan’s performance in D-day can be considered one of the finest works as it has a huge cast which includes big names like Rishi Kapoor, Arjun Rampal, and Shruti Hasan but Irrfan yet again effortlessly makes his performance stand-out. No matter how big and grand the cast is or how short is his screen-play Irrfan never fails to steal people’s attention with his pro acting skills.

The movie is an adaption of Shakespeare’s popular play ‘ Hamlet’. This Indian crime drama narrates the story of a young lad, Haider who returns to Jammu and Kashmir to seek closure for the disappearance of his father but during this process the politics overpower him. Even though Irrfan Khan appears in an extending cameo he still delivers a splendid performance within a short duration of time. Despite portraying a small character of Roohdaar in this new-age adaptation Hamlet and displaying Basharat Peer’s memoir Curfewed Night set in Kashmir, Irrfan entirely owned the movie like a boss. He made a huge impact within a restricted screen-play.

Based on Yann Martel’s novel of the same name, Life of Pi is the story of a boy who survives a ship accident that takes place in the middle of nowhere. Despite the odds, he manages to survive in a lifeboat with a tiger and a hyena. In this journey, he reconstructs his faith in god. Not only the Indian film industry but Irrfan has bloomingly managed to sculpt a niche for himself in international cinema as well and has performed several breathtaking performances. 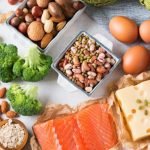