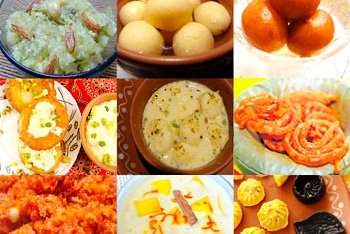 If you ask an Indian what they do besides eating lots of good food, I bet the answer you are getting is that they think only about food. Well, you cannot really blame them but the right thing to blame is the vivid cultural background the country upholds.

The foreign interventions that have come in the past to this country contributed majorly to culinary diversity. No doubt Indians are interested in all the courses of the meal but the curiosity is to another level when it comes to desserts.

We here list out some of those desserts which are making names in global cuisine arenas and are unanimously celebrated around the country (difficult, because of the varieties you have to satisfy the urge of your sweet cravings)

Roots back to ancient ages, where it was introduced as medicine with all the famous Ayurvedic science. Laddu often represents the cultural significance of the region and therefore you can imagine the various way laddu gets represented in India.

Milk has its own forms in India and one of the most quintessential form is kheer. Made with milk , sugar ,generally rice or any other such solid substance like vermicelli , puffed lotus seeds etc.

That one dessert of India which makes every  Indian function to another level is gulab jamun for surreal. Rarely you will find people who will deny this bundle of khoya dipped in flavored sugar syrup.

Here is a fun fact about this household sweet of India , it is just not Indian confectionary but also has its origins in the middle eastern and central Asia parts of the world.

These white sugary cheese balls are nation’s favorite. The eastern Indians take their pride for introducing this amazing dessert to the world.

Prepared by boiling milk on low flame for a very long time which results in condensation of the milk and gives a thick texture, is one of India’s famous chilled desert.

This delicacy is prepared with all cashew nuts and loads of ghee or clarified butter. It is often exchanged in nearly all festivities and functions.

The presence of this dessert is mostly felt during both holi and Diwali, the most celebrated festivals of India and therefore you can really get the fondness of this dessert.

This dessert has both drinking and edible substances in it and in the Mughal era was regarded as royal drinks but now fortunately this is not the scenario anymore. This drink is as beautiful as it tastes.

This flaky sweet dish is good to go travel sweet box of India and no occasion be it be as small as visiting your near and dear ones is incomplete without taking in a box of this sweet.

This neighborhood sweet of India is not of Indian origin but has got Persian genes in it. It is astonishing enough to know this fact because the amount of craze people have for this sweet in India feels like this is native to the streets of India.

Well if you been to India and not had the famous Mathura’s , you actually haven’t seen India totally. Milk , mango, rose, saffron and even chocolate these little sweets made out of khoya are presented in numerous and satisfy your taste buds unparallel.

Like , even barfi has its own variations. Barfi is dense in it’s which is made out of a thick paste of the substance used in the process.

Another of dessert that was gifted to India by the Mughals was this chilled sweet dish,which often has its comparison with ice cream but is more thick and creamier in texture than ice cream.

Its origins from the state of Odisha, in the eastern part of India and undoubtedly one of those desserts which are totally made up of milk. Balls of cottage cheese often referred as chenna in the eastern belt are dipped in milk flavored with saffron, almonds and pistachios.

In the land were cultural diversity runs through every street , through every heart of its citizen, this list my dear readers is just a little insight to what are country India upholds within us. You can go ahead and try various other sweets too. Also sincere apologies to people who are suffering from diabetes or trying their level best to loose weight. We know we fueled your desires to have desserts , haha.

Call me a da vinci or whatever you wish, i have a crazy urge to know about different things be it be art,music,computers, health science, economics, photography and the list goes on.
Currently pursuing my btech in computer science, I always try to give my time for things I love the most and when its about what i love the most its always has been and will be writing.
So if you dont find me writing a poem in few minutes , I m probably busy with programming ;) 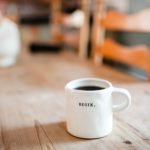 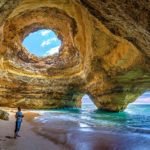